As part of our commitment to rhythm game preservation (The Working Museum), Project OutFox will add a growing number of supported game modules so a new generation can play and enjoy these forgotten gems, and to showcase the creativity and expression our fellow developers employed in the past.

Project OutFox supports a variety of game modules (modes), which can simulate different types of rhythm games (including note field layouts and, where applicable, game-play behaviour specific to the game being simulated). Game types are further divided into layouts (styles), which define the specific chart type to be played, such as the number of columns used, single layout or double layout, whether or not vs mode is available, number of players, timing windows, judgments, scoring etc. This project is a simulator we do not take code from official releases or use assets from these games. Support the industry!

This page will give a little more detail and history about the modes that we support, and new additions and tweaks added to Project OutFox that you may have not noticed. Click on a button below for mode specific information in more detail, and to learn a bit about how the mode has evolved.

We are still dedicated to our players from older versions, and this does not mean we are not focussing on working on our core game support! 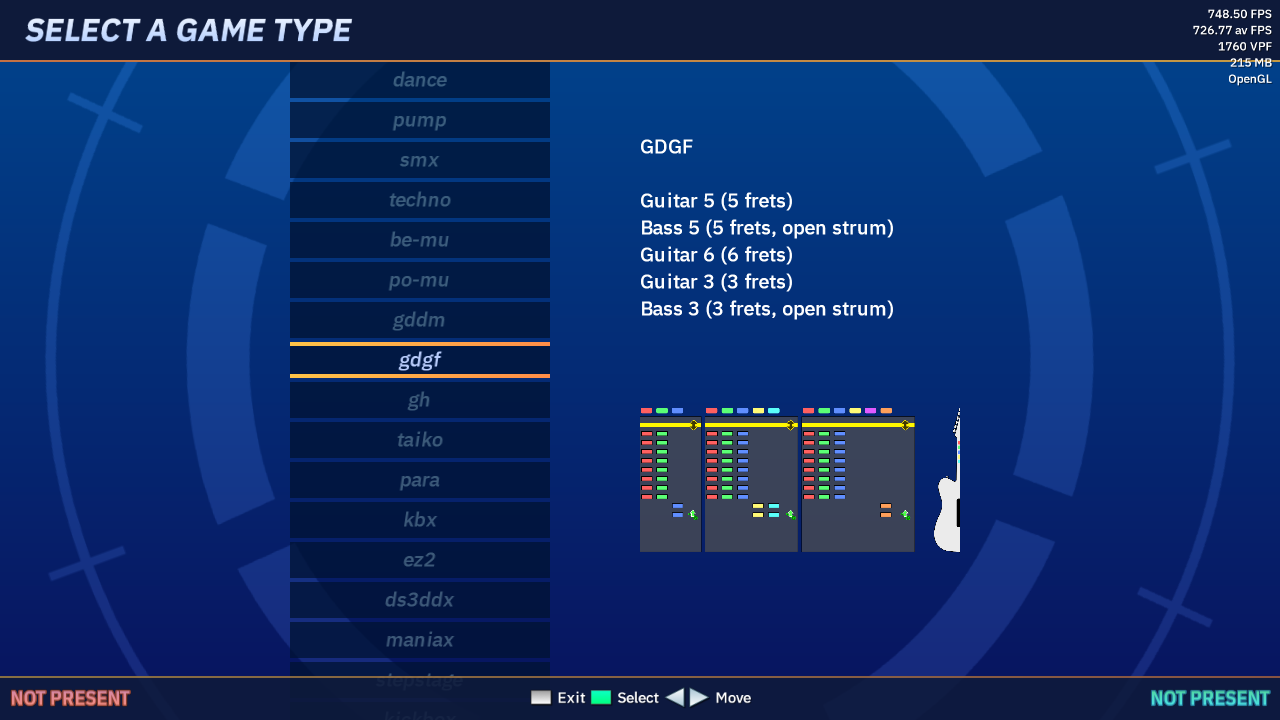 These pages below are a work in progress! Please be patient while we work on updating them! - Squirrel

These are proposed and are scheduled on the road-map. Limitations or code problems may delay or change these modes, so there is no date or ETA given.