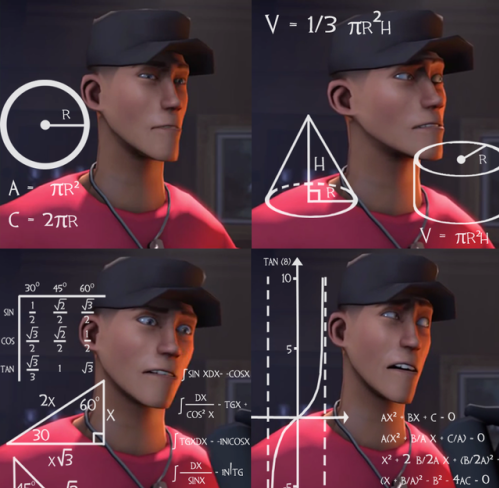 LINUX USERS! IF YOU HAVE A BLACK SCREEN ON LOADING DUE TO NOUVEAU/ATI DRIVERS, GO INTO YOUR PREFERENCE.INI AND SET HIGHRES_TEXTURES TO AUTO!!!!

Thanks to several upstream issues, we’ve taken the decision to move the underlying version of the SDL engine back to how it was on 4.9.6, and we’ll monitor and troubleshoot the issues some of you guys faced in 4.9.7. We apologise for those on Linux for the issues, and we have now forked our own SDL branch to doublecheck for issues in the future. 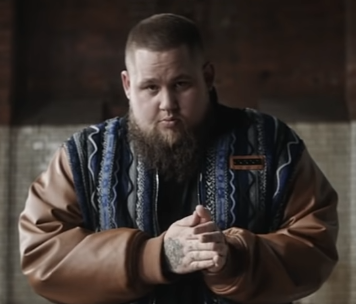 Windows 10 is getting a pain to code for, da-don!

There has been a flurry of bug reports due to the new GeForce Experience based drivers moving into 460. There are some quite fundamental changes in this driver that have affected our LowLevelWindow system, and the way we draw. The latter will be fixed over the coming months, so we can be proactive and fix the issue before it becomes a game breaking situation. There is no way to ‘force’ a bit per pixel or bpp in this version, as it’s being moved into a different function, that we will re-expose in the next alpha. This has no affect on gameplay or mode changes in the game, however it means if you’re on a system we consider historic (<1999) or vintage (2000 - 2007), you may need to force the settings in the preference.ini to set your ’texture color depth’ to 16. as always if you have any questions or need help, do not hesitate to reach out to us in our discord server https://discord.gg/hSHPAU37t8

We are still working on restoring some settings changed in the operating system in the 20H2, which can limit frame rate, force your GPU to change delta clock accuracy and even affect the kernel poll/tick rate. These issues will be resolved in a future update as we find out more from Windows Dev support/MSDN.

Since the beginning of this project, we have had a few bug reports about the ‘random’ number generator in the game not being… well, random at all. We have been spending some of the time in the downtime over the holiday to actually look into this and we discovered that the system was indeed not performing remotely as designed, and has been broken since late 2004. The main bug report was #22 and #59 by @PCBoyGames and well, we discovered that on further investigation, those bugs were caused to a misinterpretation of the way that the random generator was designed and how it should be used in getting/acquiring a random number.

This was further crushed in it’s delivery with shuffle and super shuffle, and anything really that relied on these broken systems. To resolve them we have removed the 1999 era code and modernised it to current modern standards. This has the benefit of completely fixing SuperShuffle (Blender on old versions) and now the distribution is as expected, not to the left. 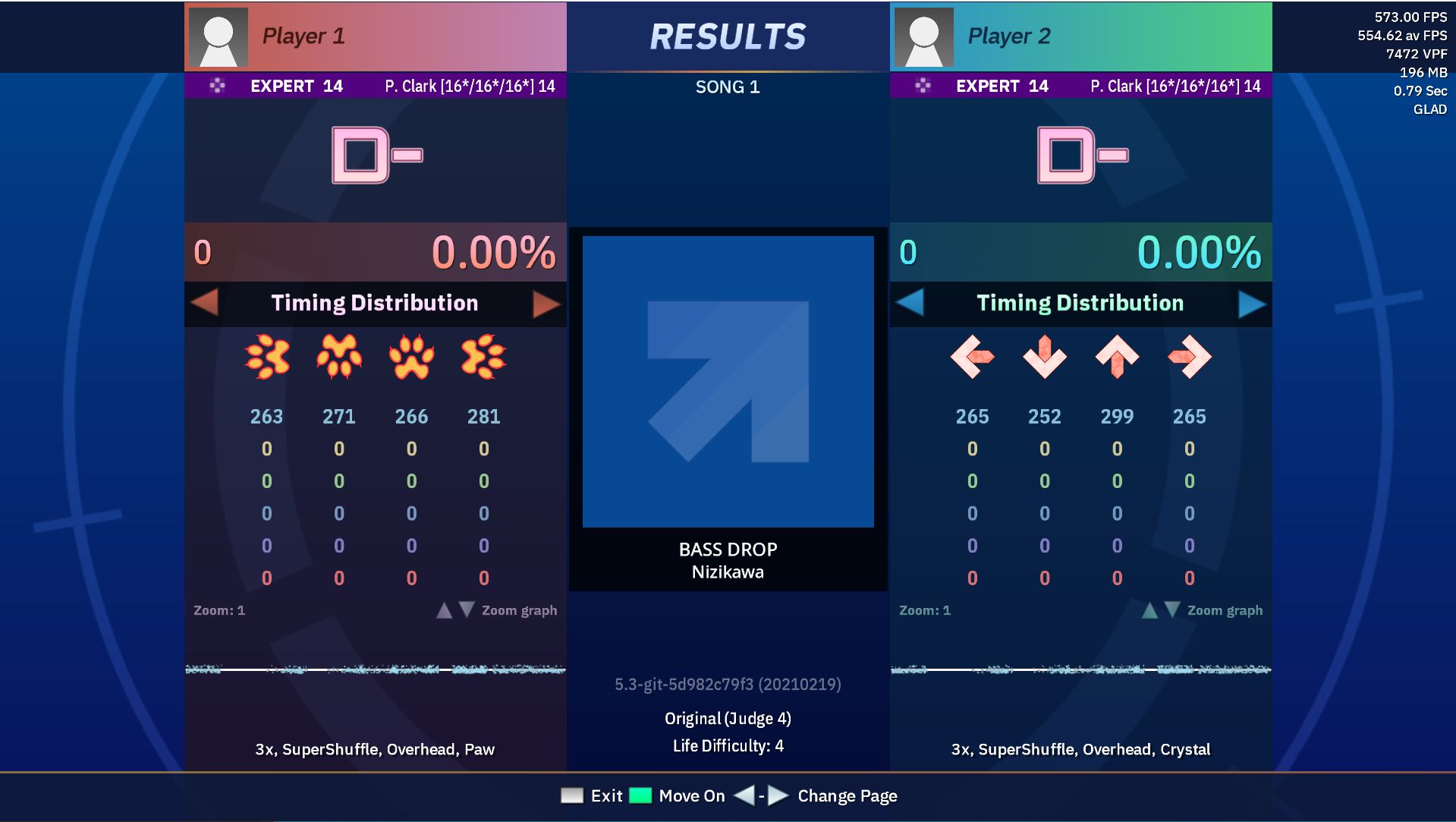 This has the side effect of making the randomness different for each player so bear this in mind if you’re going to play! We will add a Mirror function for this so Player 1 = Player 2 in the future.

PORTAL on the Music Wheel

Those of you that use the default theme, we have returned a feature that was oddly missing on 5.3, and that was the Portal slot next to Roulette and Random.

What is Portal? Portal will pick at random from an open folder/group and if you move on it and away from it it will select a different song. 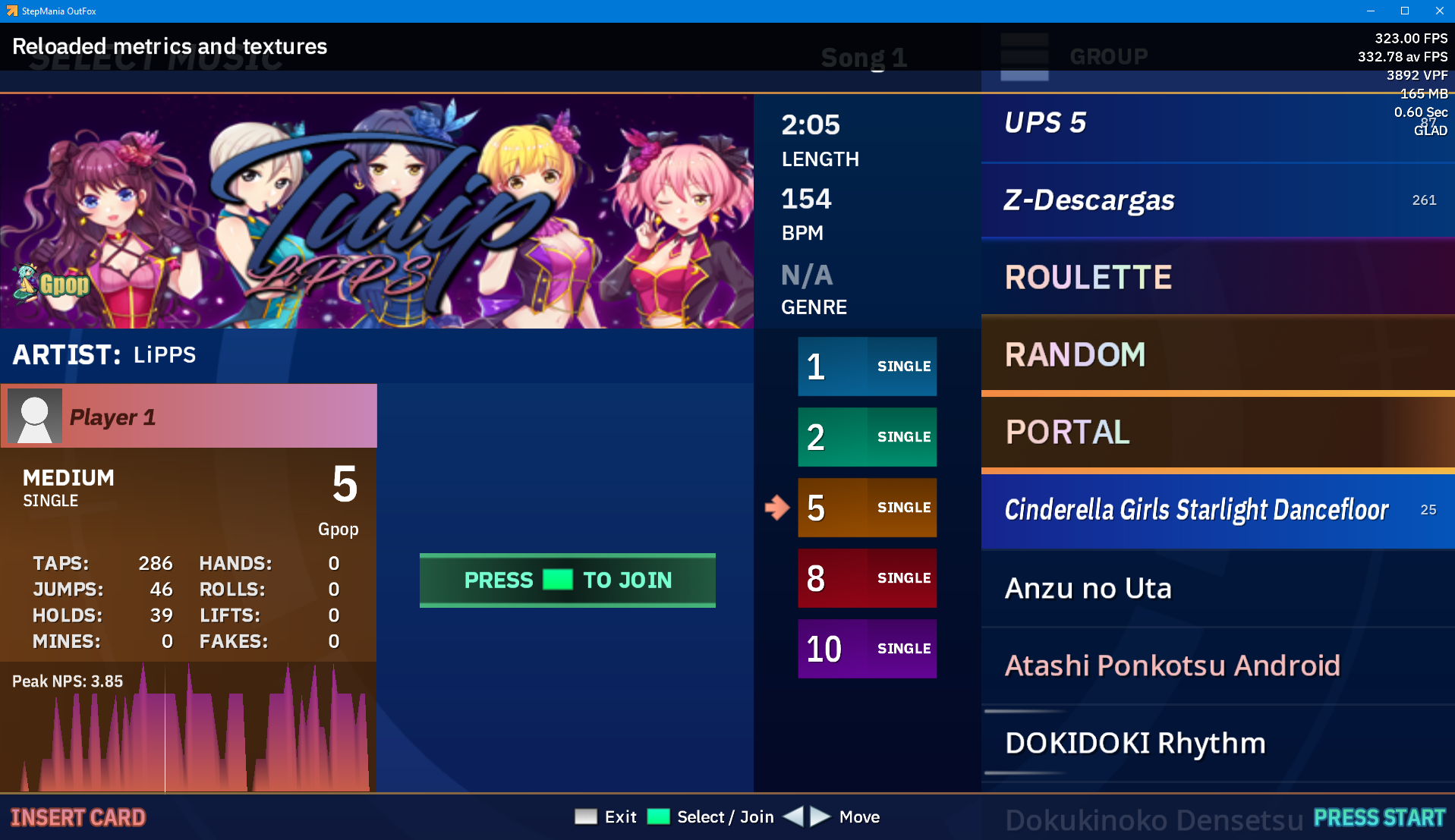 If you close your folder so none are open, then portal will pick at random from your whole collection for that mode. 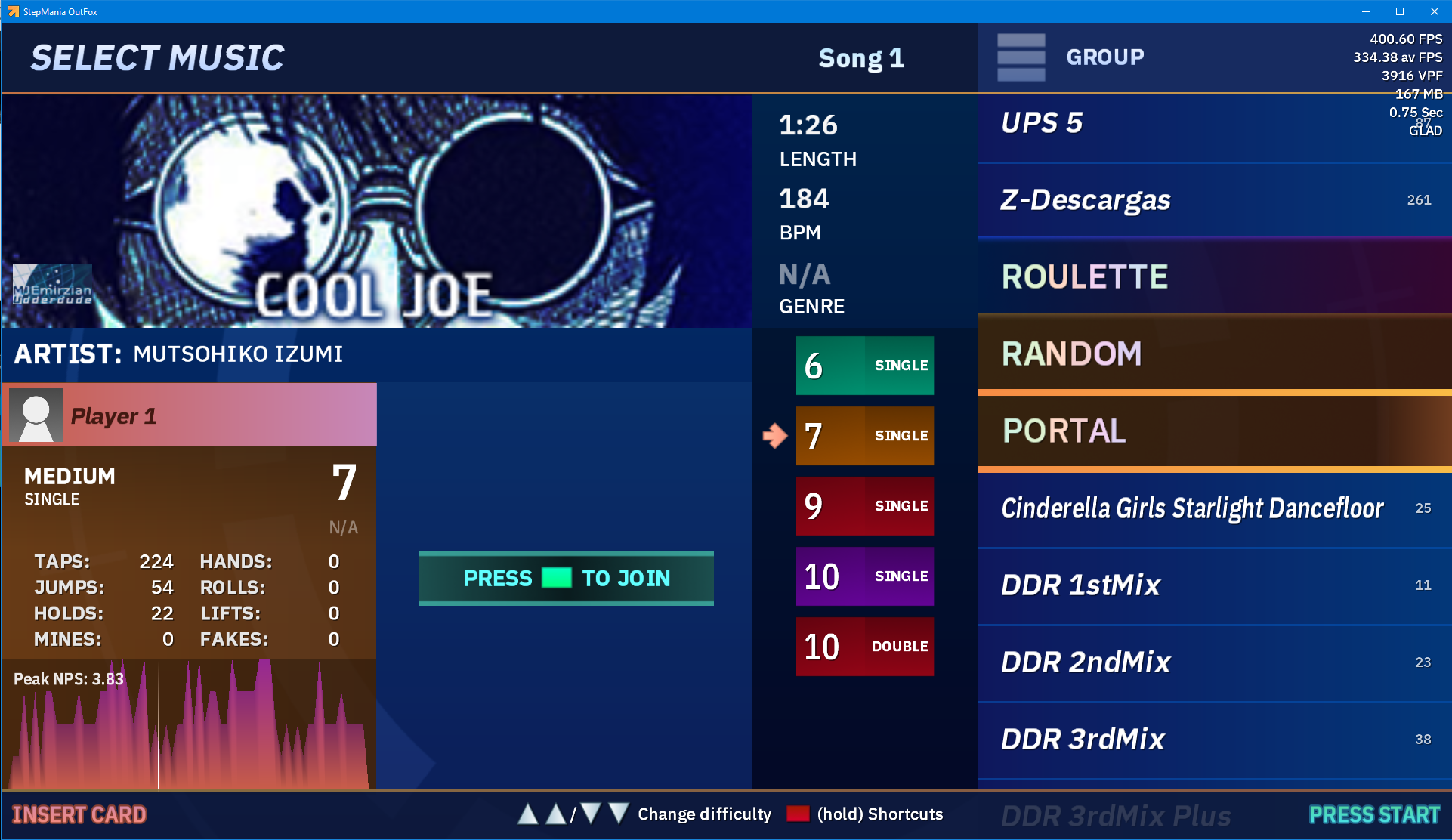 Most Played should now spawn songs, I sadly have a low level of played songs due to this being a development build, but you can get the general gist of how this system works. 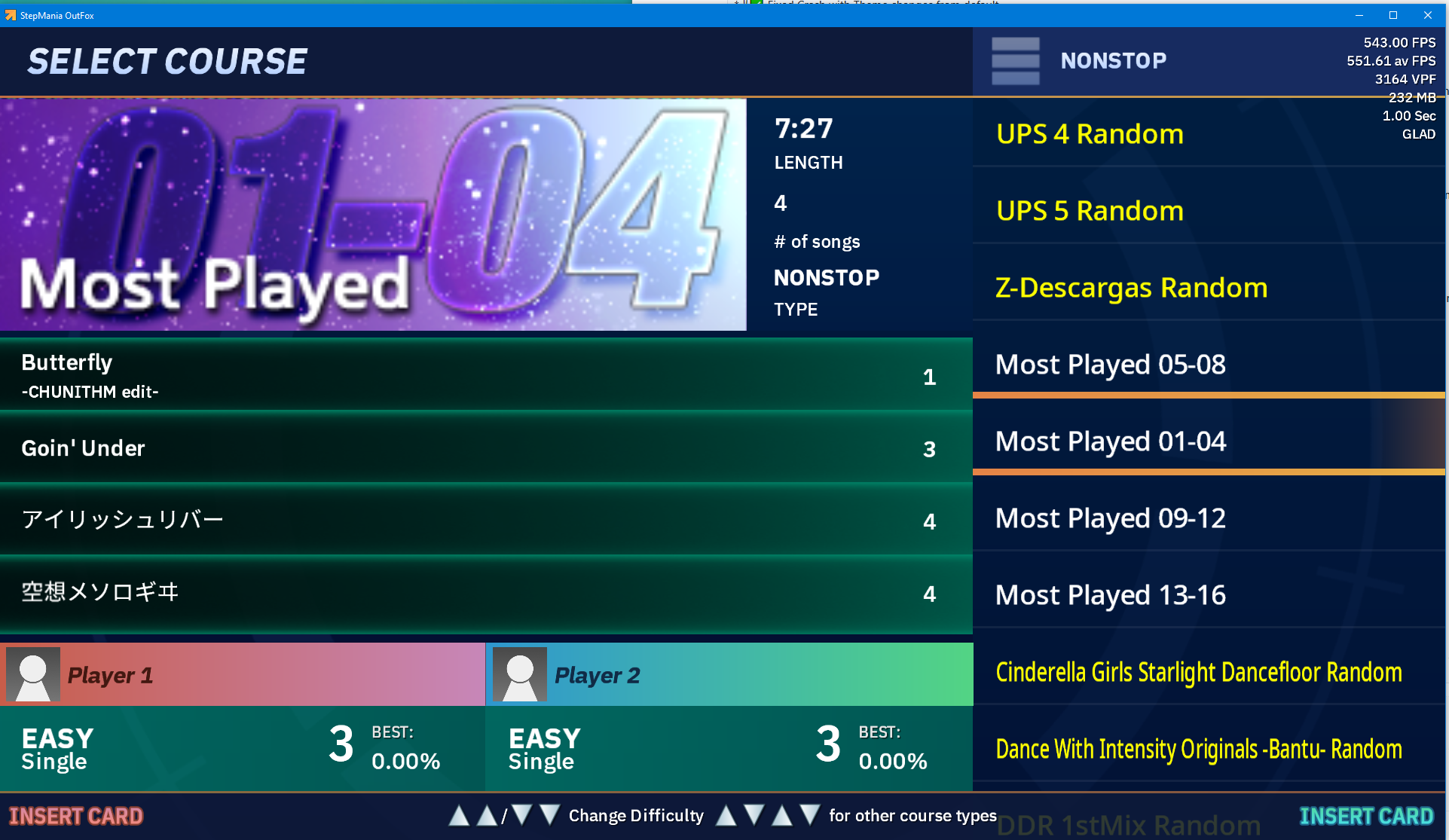 Folder Courses now spawn a collection as expected, and should be different 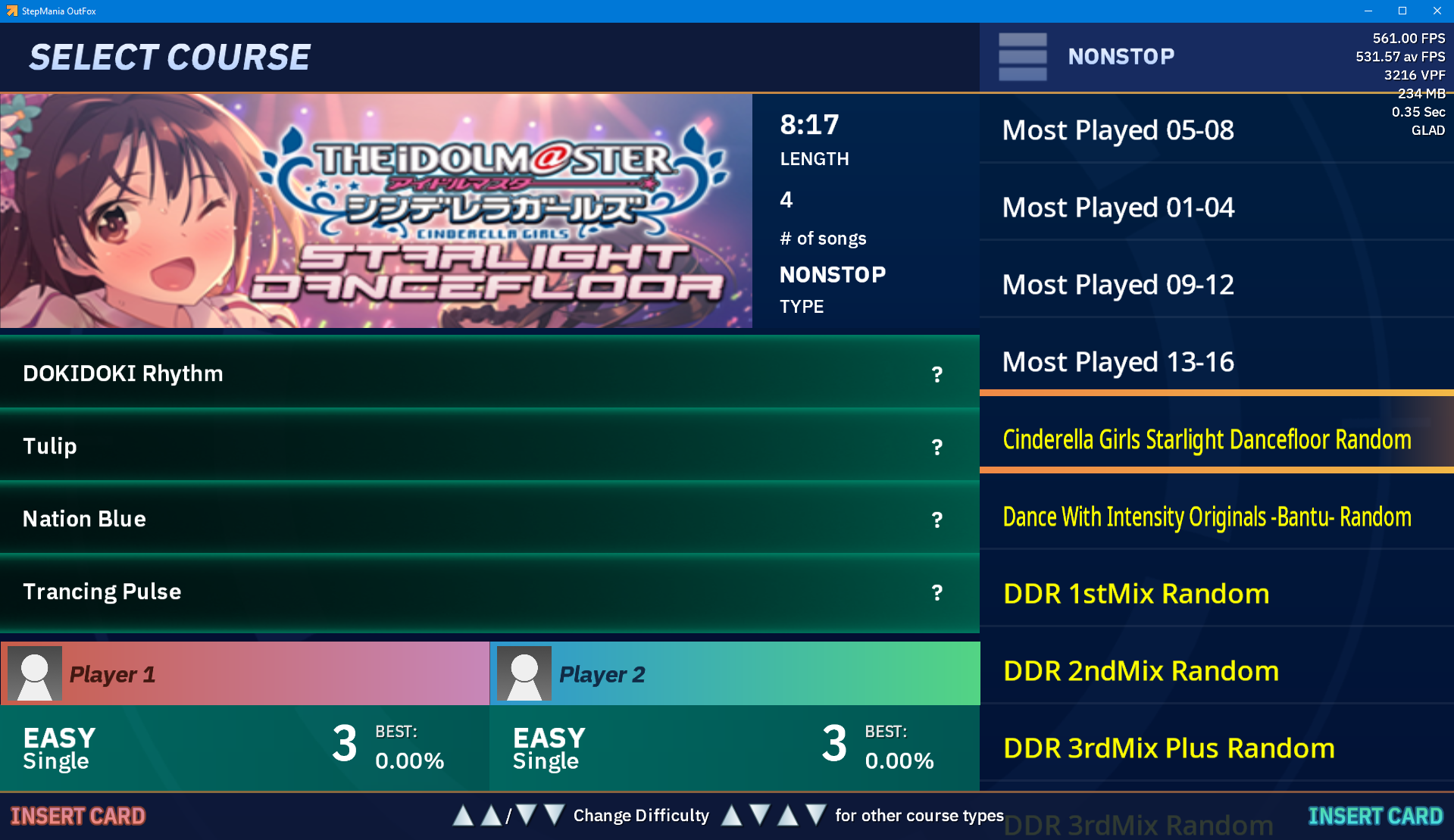 With the new random modes now working as expected, this has been a welcome quality of life for ONI mode: Artist songs are now shuffled as expected! 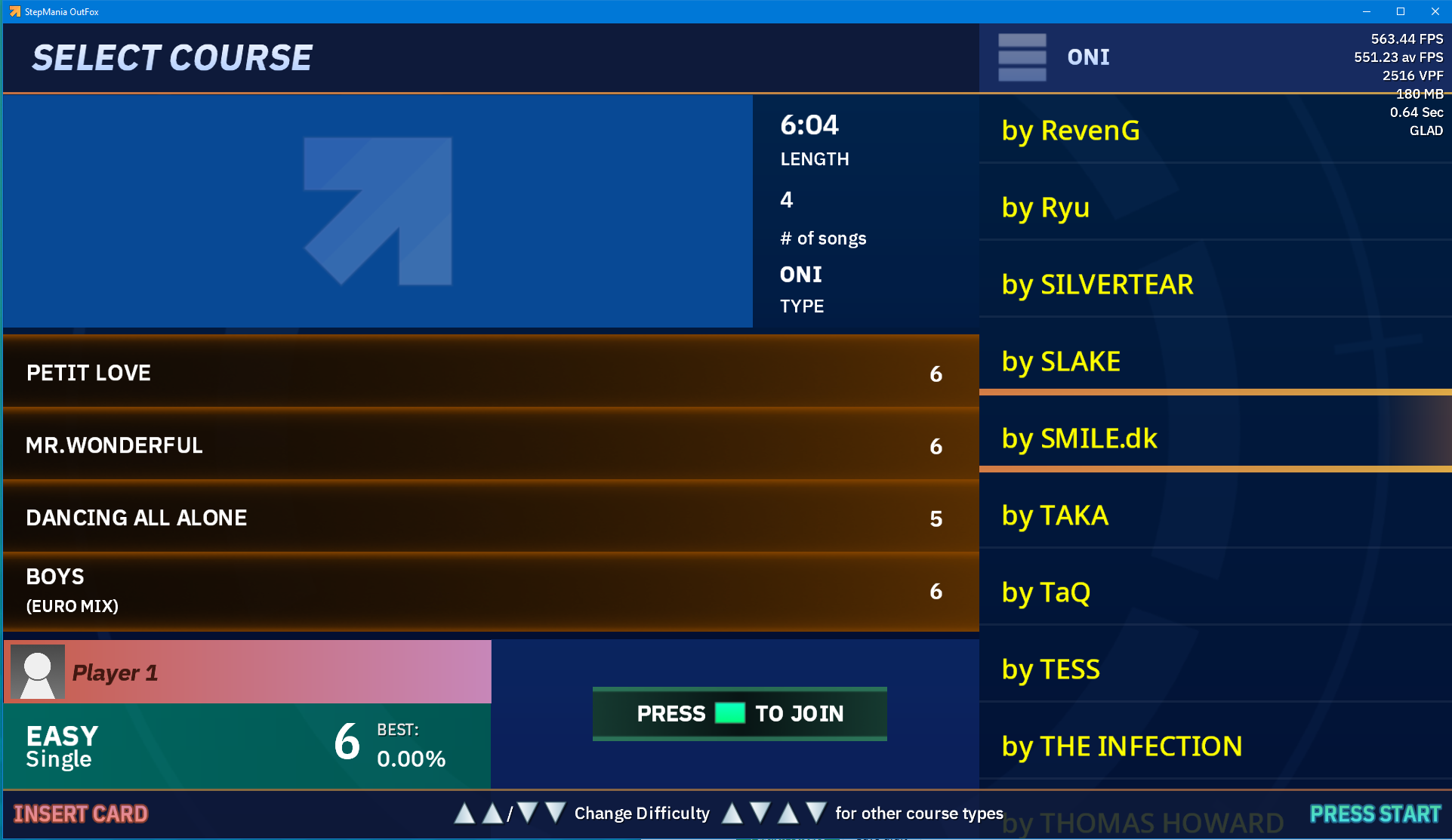 This mode has never been given any love so far from the dev team, so much so even the layout hasn’t been finalised! We will look at fixing this and making this mode consistent in the future, so forgive the ‘default’ looking layout. 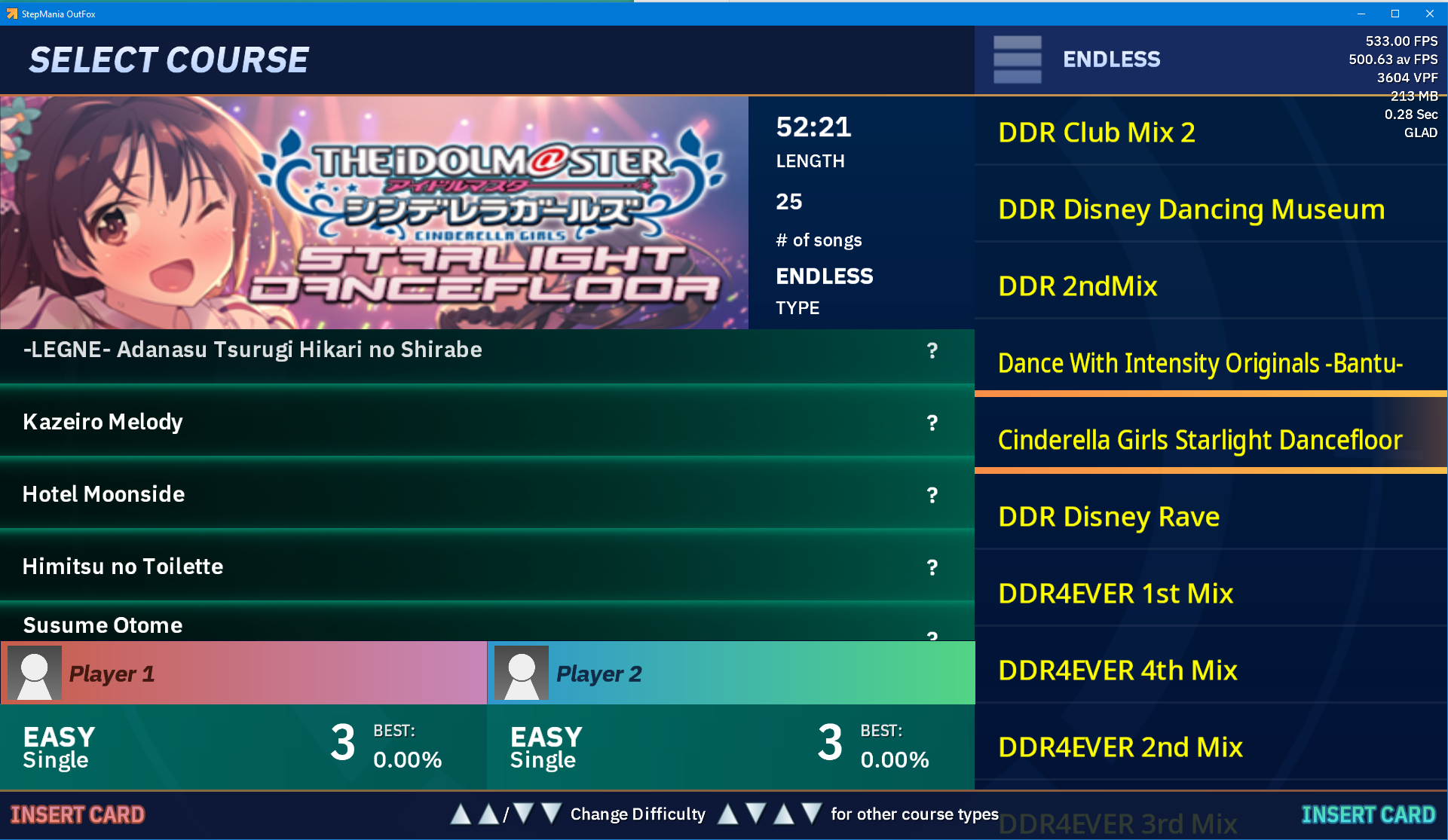 There were issues with how this methodology was supposed to actually work, as it likely has been broken for so long. Well in this release, we have unique per player random attacks for that extra challenge! The text file RandomAttacks.txt in your /Data file can be filled with fiendish ideas that can help or hinder a player, so do take a moment to be naughty (or nice!) and populate that file with some cool effects! 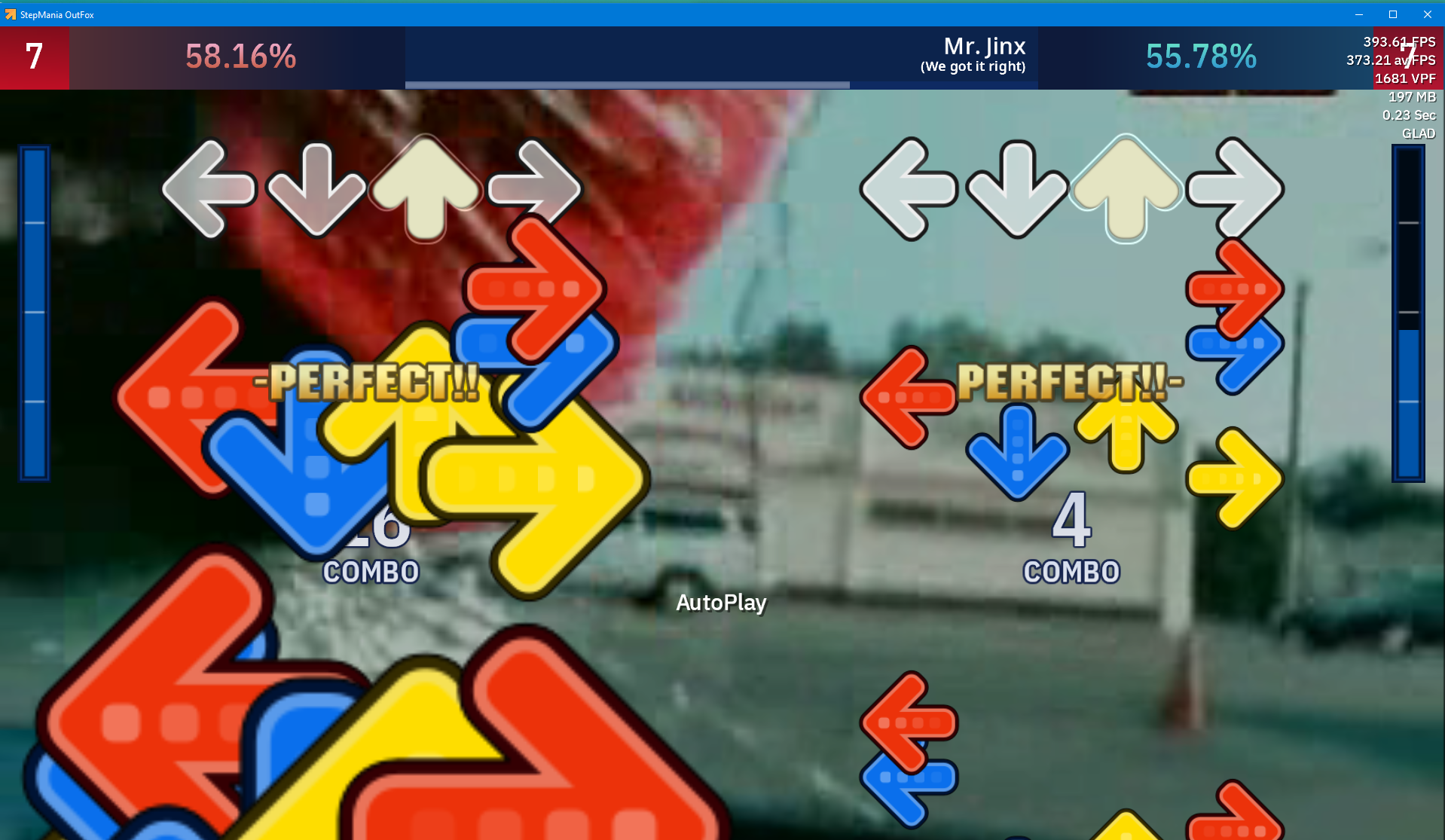 With the removal of the legacy code and the new updates, we can happily say that we have squashed 37 upstream bugs that have been around since the SM 3.0 era.

PLEASE NOTE F2 TO RELOAD SCRIPTS HAS MOVED TO THE INSERT KEY!!!

Sorry, we got tired of mishitting it to use F3, and F2 will become a new mod debug menu in a future update, so watch this space.

We have also added new tween types for actors (30!) that were missing from the game, as they have been popularly requested to be available over the 4 we have in game at the moment. I promised Mr.ThatKid that we’d add them, so now they are available for all from Squirrel’s dragons branch. New documentation will be available in the Spring for these!

And finally back to normal business!