Are you translating a theme to another language? Reading this might help you.

Where are language files stored

Inside every theme, there’ll be a Languages folder. Inside that folder is where language files are stored. Example:

Here we can see 2 language files: en for English and ja for Japanese. It’s a standard to name language files in that format (language-COUNTRY.ini). For example: In this case, there’s a Portuguese translation, but since there’s also Portuguese from Portugal, the file was named pt-BR (BR = Brazil).

You probably already noticed a _fallback theme in the themes folder, but in case you didn’t: it’s where things that are necessary for every theme gets stored, so when someone is making a theme the game doesn’t blow up. The same goes for Languages: it’s important to also translate the fallback for your language because the theme you’re translating might not have every string that it uses on its folder.

To start your work, create a new file for your language(-COUNTRY, if needed), and don’t forget to use the .ini extension. You can do this on Notepad with no problem but it’s recommended to use an editor like Visual Studio Code or Notepad++.

Now open en.ini and your new language file, then copy all the content from en.ini to your language file. You can close en.ini now.

⚠️ StepMania Engine doesn’t have proper support for more than 2 letters language files: Both StepMania and OutFox, as the date of writting this document, do not follow ISO-1 and ISO 3166-1 standards, however, new languages should not abide by non-standards of StepMania Engine quirks. Your language will still be able to be selected and used, however, instead of showing the Language name, it will show the language code and users won’t have the game auto-select the language for them. This will later be fixed at least for OutFox, following this issue.

What you should translate

This is a code example taken from the Soundwaves theme.

You can see on this image and your file that every line has a Title=Value, and that’s how translation works on OutFox, you need to translate the value of the titles and you’re done. The theme does all the work of what string it should use.

Now, you can’t just translate everything that you see. On ModelLoadError for example, there’s a “%s” that means the theme or the game will put a string replacing that %s.

An example of that can be seen on the string %d Song Played that you’ll see on the next image.

You’ll also see lines like &START;, &SELECT; etc. They’re buttons that will be replaced once the game draws that string. Let’s see one of those strings in action? 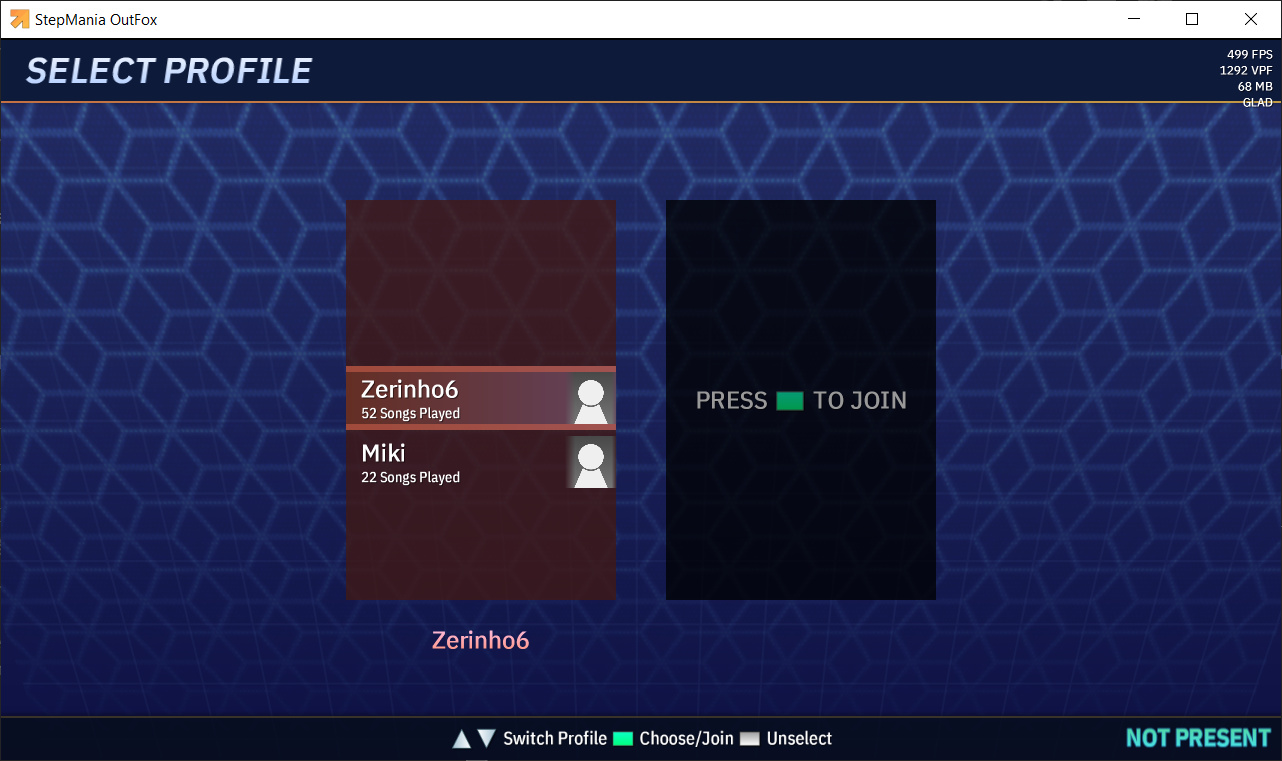 Another special string is \n. It creates a line break. For example, First Line\nSecondLine would result in:

Here’s an example in action from _fallback/en.ini:

You might also want to translate the theme in a way that someone who has never played before will understand, instead of expecting everyone to already know what everything is. A new player might not understand what “holds” means if that word is translated to your language, but if it was kept as “holds” the user would know that it’s the literal name of the thing and not something that should make sense in your language.

Another hard example is steps: in OutFox, there are 2 kinds of steps. The ones that you press in gameplay and the steps of the chart made by the author (easy steps, hard steps…). In English, it’s easy to only say steps because it makes sense for both, but that isn’t the case with every language. That’s why it was decided to keep it named “steps” for the pt-BR translation of Soundwaves, for example.

Many folks are already helping translate the new Soundwaves theme for various languages. As requested by one of our translators, we’ll mention those projects below to give them some visibility and encourage more people to join and help.

Translating can be tedious. Sometimes it’s hard to locate & remove lines that shouldn’t be there or find missing ones. Because of that, translators themselves create tools to make our job easier and faster.

Translation Toolkit is a tool made by Ksempac to help remove lines that are not needed anymore, warn about lines that are missing, check your progress, etc. It supports Linux, Mac, and Windows.

This project is intended as a small application to automate some tasks for translators.

It is able to parse, analyze and fix the OutFox translation files. 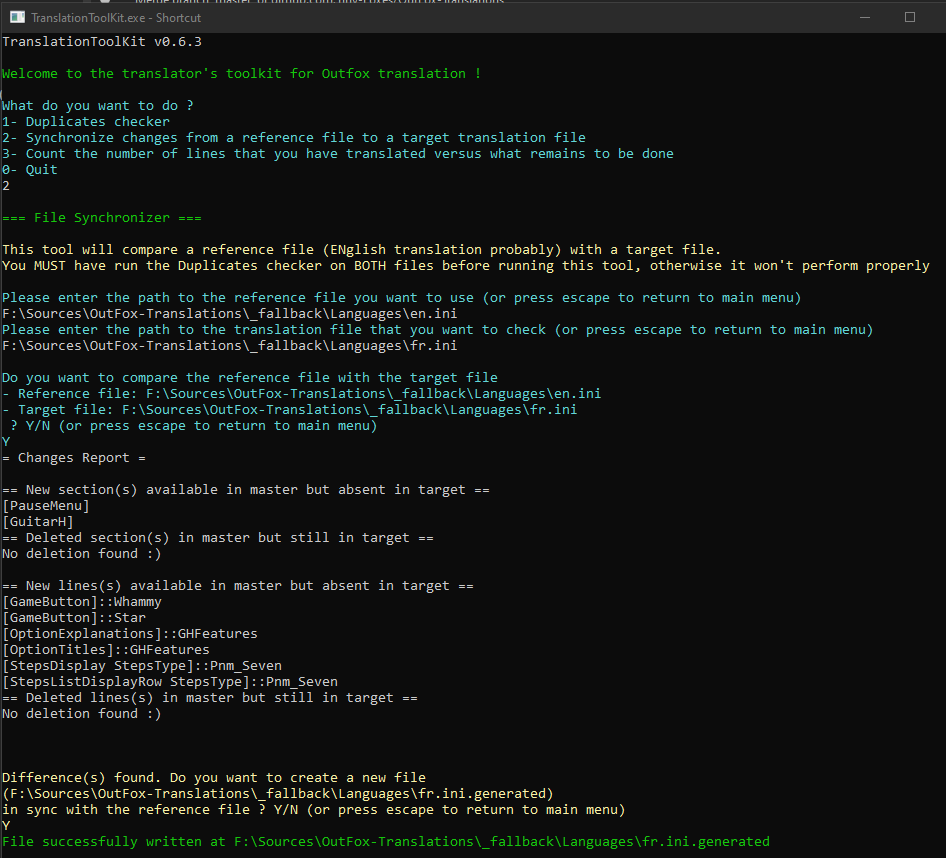 Stepmania-TranslatorViewMaker is a tool made by Snil4. It supports any OS that has Python 3 installed.

Have you ever tried to translate a program like OutFox and wondered “Hmm, now where can I find that line in the .ini?” Now there’s no need to wonder! This program will make a translator view file for your translation .ini and make your translation job easier. 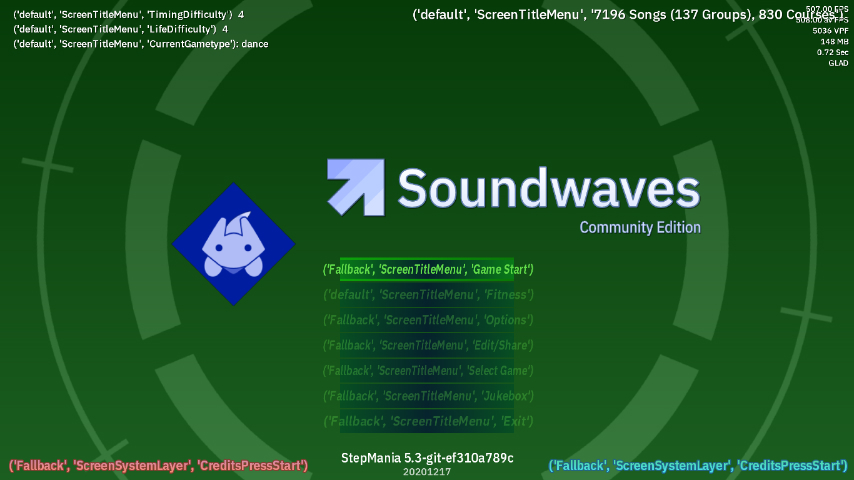 fini is a tool made by moruzerinho6

Adds a extra build process where you can additional features that are not available on default ini file. Use:

Be constant with your words

When doing a mention of “Steps”, ask yourself: is it clear which “type of Steps” you’re referring to? We have the following “types of steps”:

Soundwaves does not have this issue as it says “Taps” instead of Steps and directly says the difficulty. 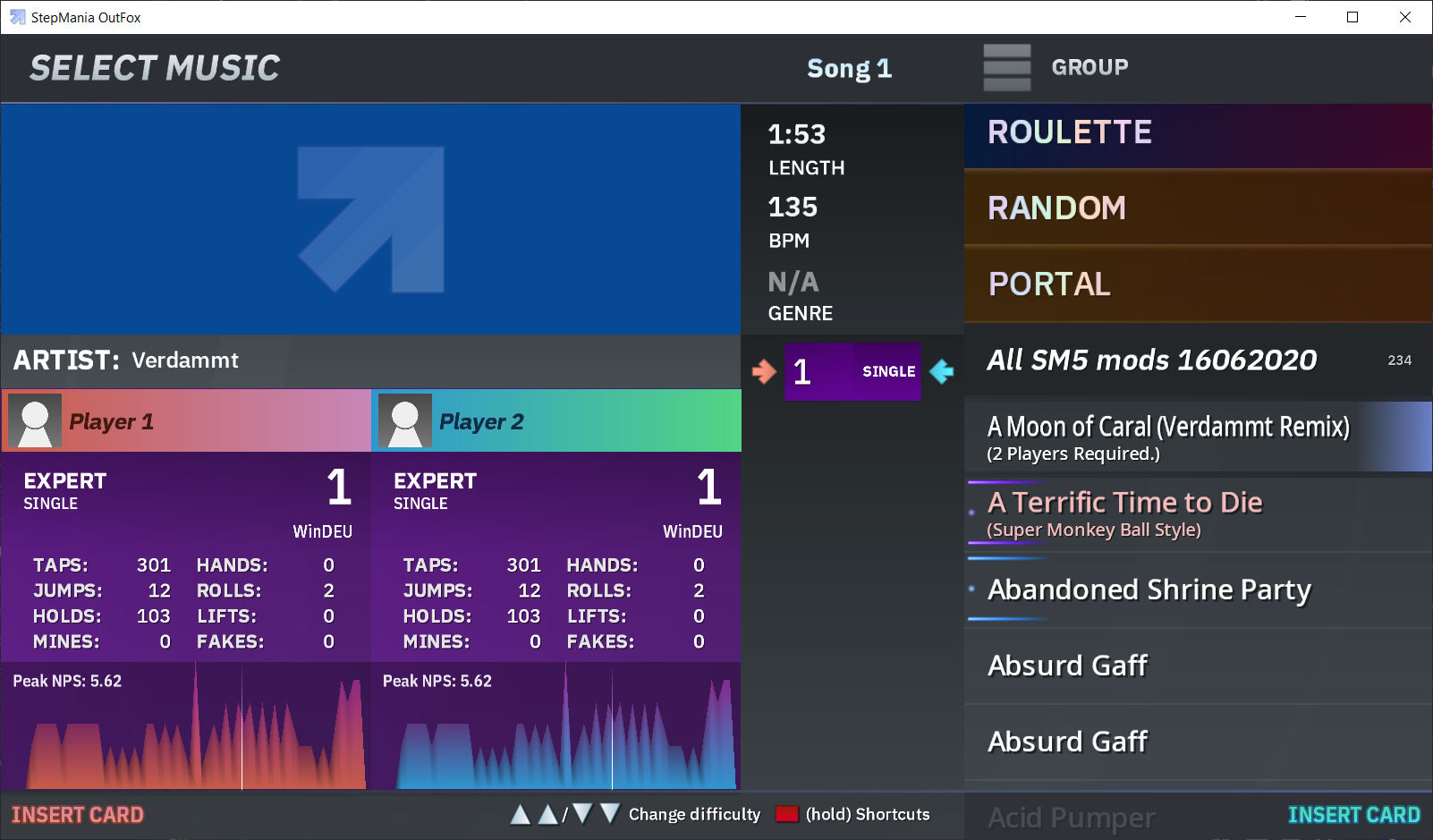 Imagine you’re editing the Soundwaves ScreenCaution and want to see how the translated string looks. You don’t need to restart the entire game to see the changes, here’s what you should do instead: Exit the screen you just translated, reload the metrics (Shift + Insert; or Shift + F2 on older alpha versions) and enter the screen again.

Some themes might have a problem where not all strings are updated when metrics are reloaded due to how they are made. In that case, unfortunately, the only option is to restart the game.

Now that you have translated the latest alpha, you need to send it to OutFox somehow. This tutorial explains how you can do it!

The first thing to keep in mind is that each OutFox translation is hosted inside Tiny-Foxes to easily maintain and keep track of updates, so contact Team Rizu through any of their available social media profiles to get invited into Tiny-Foxes.

It is also required to know how git and Github work.

The exact steps are:

Having an editor such as Visual Studio Code will make git interactions way easier as those commands are available by the interface.

OutFox translation repositories adhere to a standard style. The repository title should be:

"-COUNTRY" should only be added in special cases (example: there’s Portuguese from Portugal and Brazilian Portuguese, so the Portuguese-Brazilian language file is “pt-BR.ini”).

The description of the repository should be:

Only the translation file is required to be inside the folders/repository.

It’s recommended that you include the version that the translation is targeting inside the files. Here’s an example:

So you finished the translation for this alpha before the release? You can then commit directly to master OR make a Pull Request with your files to OutFox-Translations so Jose_Varela includes them in the next alpha release.

This all assumes that you’re already a member of Tiny-Foxes and the translator team.

Webmasters is an internal OutFox initiative to translate OutFox Website. Being a webmaster means:

The requirements to join Webmasters are having previous experience as a long-term OutFox translator, being a Discord Server member, and receiving a special invitation from the OutFox Team.

Written and Maintained by Moru Zerinho6